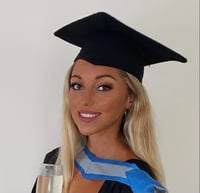 Whilst migrating to the cloud can help you ship quicker, automate more, improve security and optimise IT spend, not all cloud applications are built equal.

When approaching migration and modernisation, it's useful to have a grasp of the differences between terms such as 'cloud native', 'cloud compatible' and 'cloud ready'. Understanding the differences can help you to make well-informed decisions about the cloud.

The term cloud native refers to applications, technology and software which were built and deployed in the cloud using cloud principles and making use of cloud native technologies such as serverless. Because these applications are designed in and for the cloud from the very start, they are are considered the most cloud-compatible and cloud-optimised applications.

Some other key benefits of cloud native technologies include their:

Gartner estimates that over 95% of new digital workloads will be deployed on cloud native platforms by 2025, up from 30% in 2021. Analysts also predict that 85% of organisations will embrace a 'cloud-first principle' by 2025, whereby all new systems and applications will be built for the cloud rather than migrated to it.

Cloud compatible technology most often refers to technology that was typically built as a server-based technology but is now being used and applied within the cloud environment. For example, a payroll application that was initially built for an on-prem server but which has been migrated to AWS via a lift-and-shift.

Whilst cloud compatible technologies do have the capacity to work in the cloud, you may not realise the full benefits that a cloud native application might.

Some downsides of using cloud compatible technology include:

Another disadvantage of cloud ready services is the fact that they are based around legacy systems, which often require a significant amount of IT intervention and investment to maintain. Legacy systems can also present issues when it comes to integrations, and making upgrades to them can also be a slow and costly process.

The cloud native model is now considered the preferred method of cloud computing as opposed to "lifting and shifting" legacy applications. This is due to the agility, flexibility and seamlessness of operations that cloud native offers. In addition, cloud native can bring significant cost optimisation benefits - which is a huge draw for businesses in the current financial climate.

Discover why cloud native should be part of your digital strategy in 2023.

Check out the blog to learn how the cloud native model can help you drive business value and combat rising technology costs and inflationary pressures in 2023.